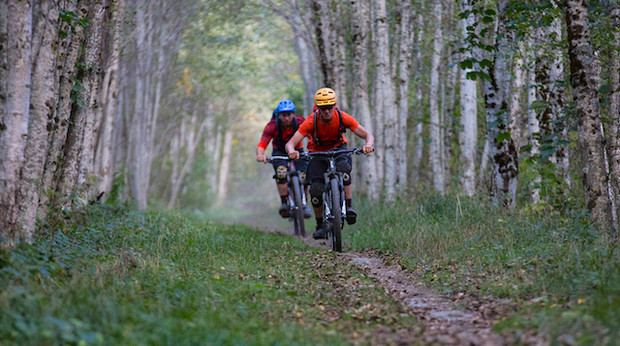 A California city council banned mountain bkers from a local park this winter, thanks in part to Strava data. Ryan Dunfee photo.

According to the Los Altos Town Crier, the city of Los Altos Hills, which sits adjacent to Silicon Valley, finalized a proposed ban on mountain bikers at a city park this winter after Strava speeds of area riders topping 20 miles per hour – speeds one council member called “just incredibly unacceptable” – were found recorded in the town’s Byrne Preserve. Article Continues BelowLATEST FROM TGRAdvertisement

Some of the local hikers and horseback riders began registering complaints about bikers’ speed in the Preserve and on the steep Artemas Gintzon trail in particular, and were vocal about concerns that young riders could suffer injury if their horses got spooked by a biker coming around a blind corner.

After no public comment was made in opposition to the proposed ban, the town council adopted the biker ban in the Preserve’s trails. They stated that their decision was notably influenced by the recorded speeds of area riders easily tracked down on Strava.

CHECK OUT: Singletrack Switzerland, a mountain biking epic in the Swiss Alps

The infusion of publicly-available data like that available through Strava – and even through Instagram photos – has certainly had some ill and unintended effects on outdoor recreation groups. While the posting of a camping ‘Gram in a blatantly illegal spot might lead to public ire, GPS data from Strava records is helping expose fun but illegal trails all over the place. Can you say Santa Cruz?

While Los Altos Hills’ action is seemingly a unique example of what can happen when folks who don’t want bikers around use bikers’ own data against them, it’s not hard to imagine Forest Service rangers or other public officials being forced to take action against illegal trails (more on that  with our friends at Singletracks), or in the case of Los Altos Hills, revoke legal trail access mountain bikers already enjoy.

That’s the scarier possibility – that riders perfectly enjoying themselves going fast on bikes on trails they’re allowed to, and recording that experience in the process because it’s hard not to in this era of big data and oversharing leads to a verbal minority finding that readily-available data and running, Excel sheet in hand, to their town council to back up their biker ban ordinance with data showing local bikers hauling ass at “just incredibly unacceptable” speeds.

If people rolling at 20 mph are getting people banned, it makes me a bit nervous considering top Strava feeds on my favorite trail in Jackson Hole are up around 33 mph. But given the inevitable posting of Strava data – as well as that from other apps that track outdoor activities – it would seem the only solution is to get out in front of the issue, own those speeds, and be the group that starts the conversation about shared use. Better that than to be on your heels, or in the case of the public comment in the Los Altos Hills case, not present in the conversation at all.

Was Derby a victim of its own success? – The Tasmanian Examiner – February, 2022

Bike trail plan a salve for many but there’s a tiny fly in the ointment – The Age – 4 February, 2022